“Nordvegen” is the old name of the sailing route to the north, starting in the Karmøy and Haugesund area. The word eventually became the name of our country: Norway.

During these two days you can join in on a round trip of cultural experiences between the Haralds Mound in Haugesund and the Viking farm at Avaldsnes. The tour contains a guided bus ride (English text available), the viking festival at Avaldsnes, a 2 km heritage trail (by foot) and a guided boat trip back to where you started. (English text available) Yes, you will spend the whole day, but it´s going to be worth every minute. One ticket covers it all! 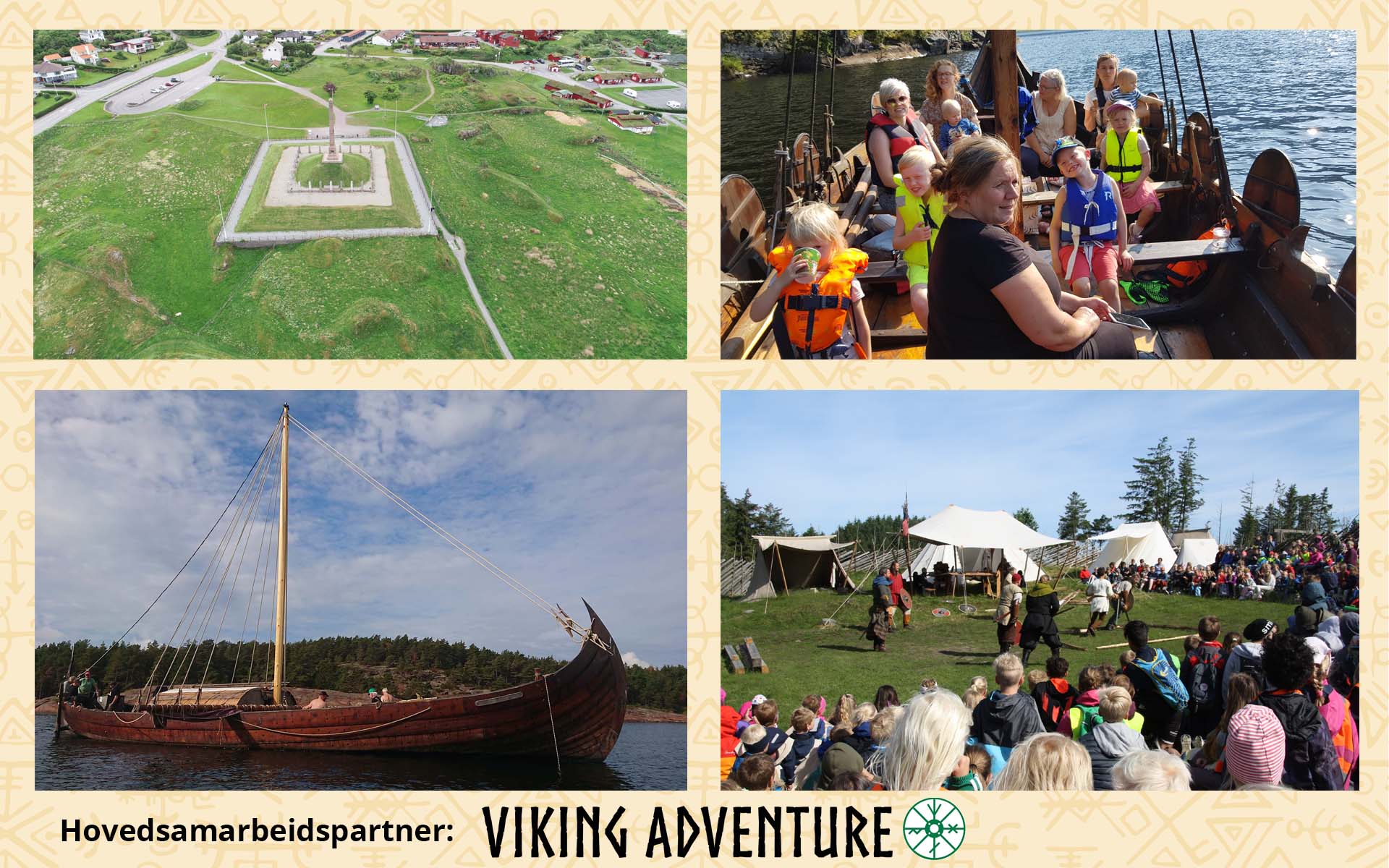 The main event offers exciting experiences and pleasant activities for everyone. 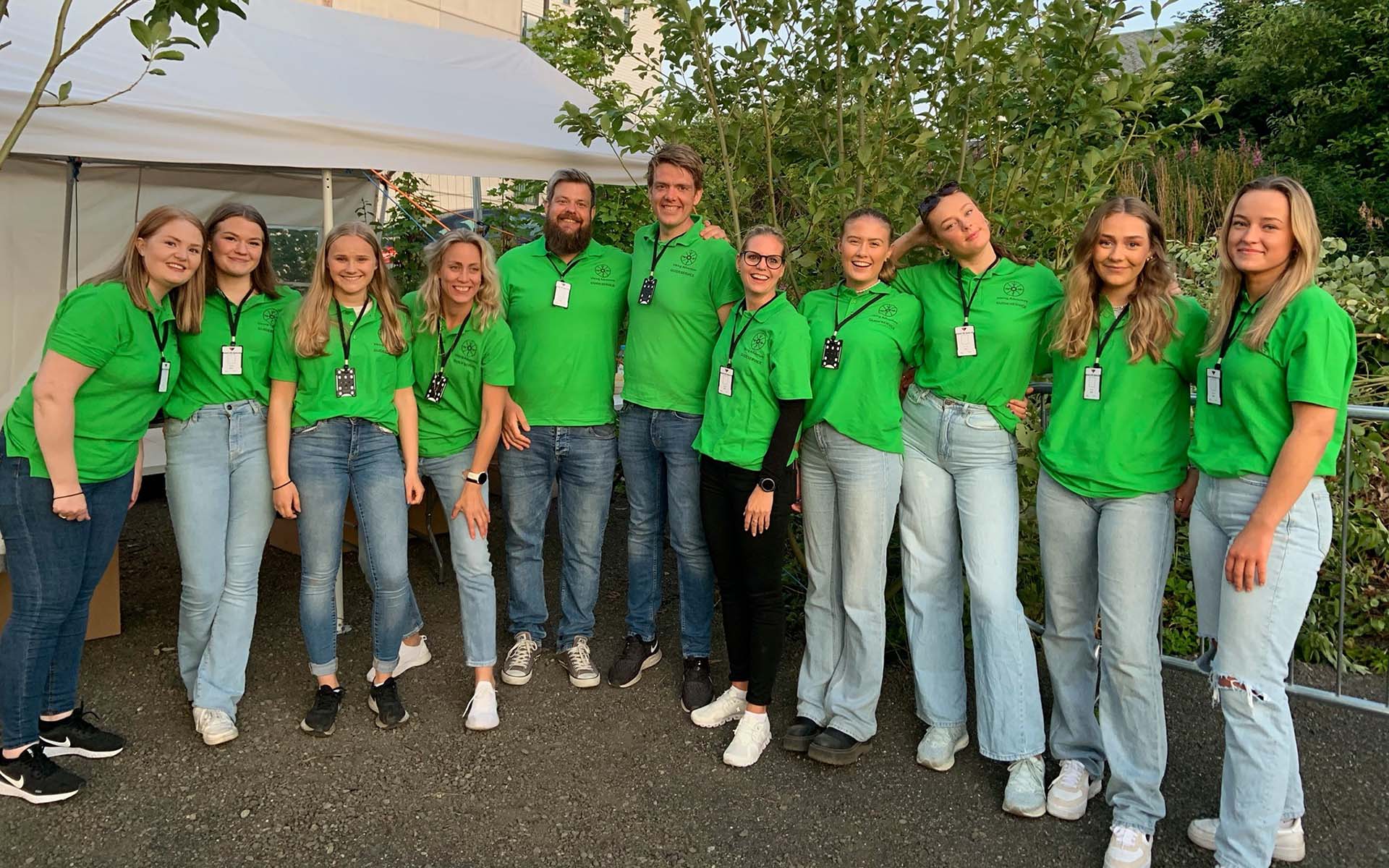 Cheerful and experienced guides from Viking Adventure that are to be found on the boat and bus trips to inform about the Viking age and other monuments along the way. (English text available)

At Avaldsnes the yearly Viking festival will be important. As usual it will offer activities and experiences for the whole family, including archery, sword fighting, horse riding and a lot more. Several large viking ships will be at anchor by the viking farm, and you may take a closer look, and maybe even join in a little trip. 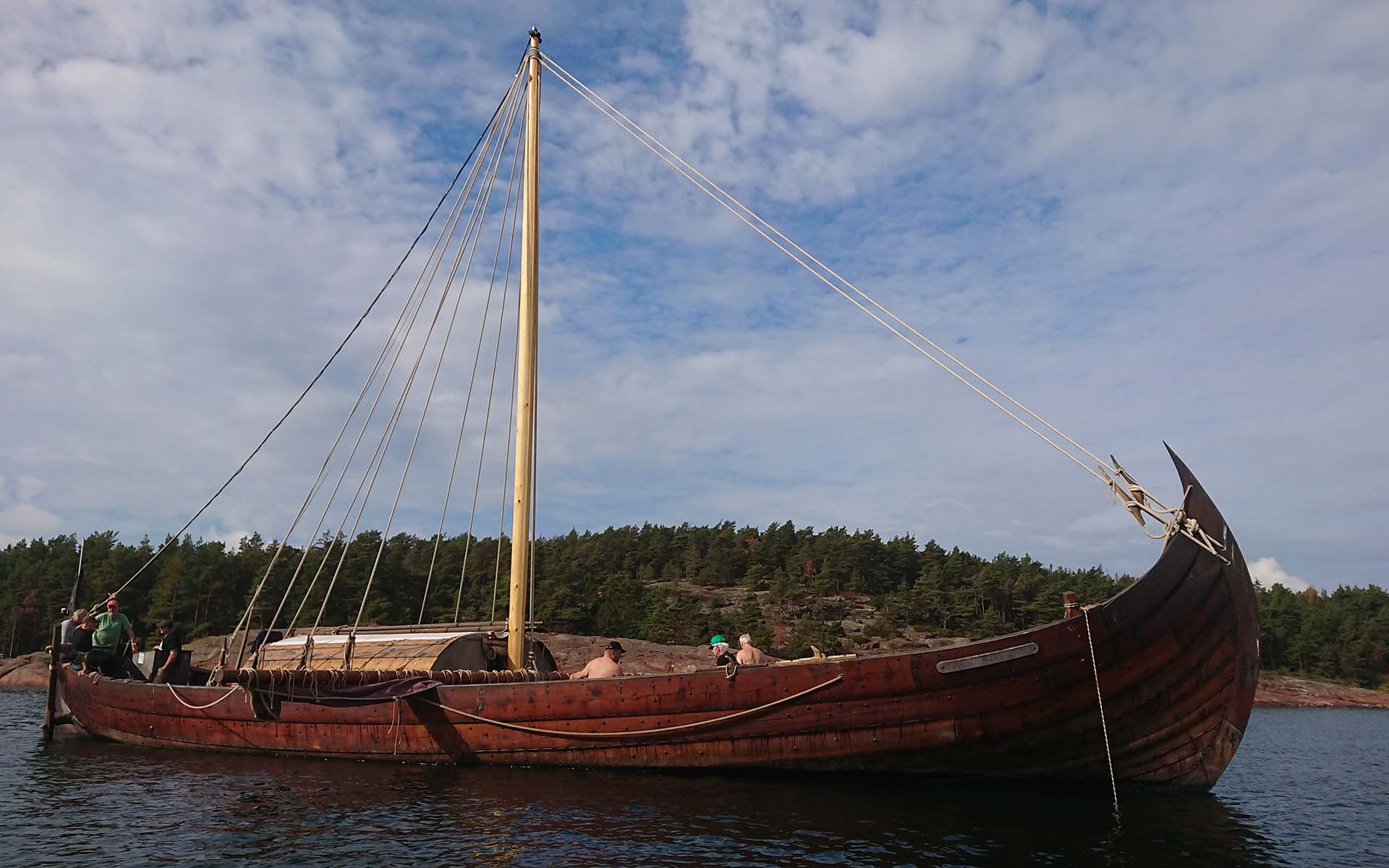 The 21 metre long Saga Farmann, from Tønsberg, is one of several large Viking ships that will be coming to Avaldsnes and the Unification anniversary.

On the Saturday Karmøy kulturskole («Karmøy Cultural School») will fill the area from the History Centre down to the Viking farm with dance, music and drama. On the Sunday the ensemble «Klang av Oldtid» («Sound of Ancient Times») will, on the roof of the History Centre, perform newly composed music by the composer Øyvind Mæland.

Marine archaeologists from MUST (Museums of Stavanger) will demonstrate underwater archaeology and will inform about finds done in the nearby harbour in connection with the project «Maktens havn» («The Harbour of Power»). 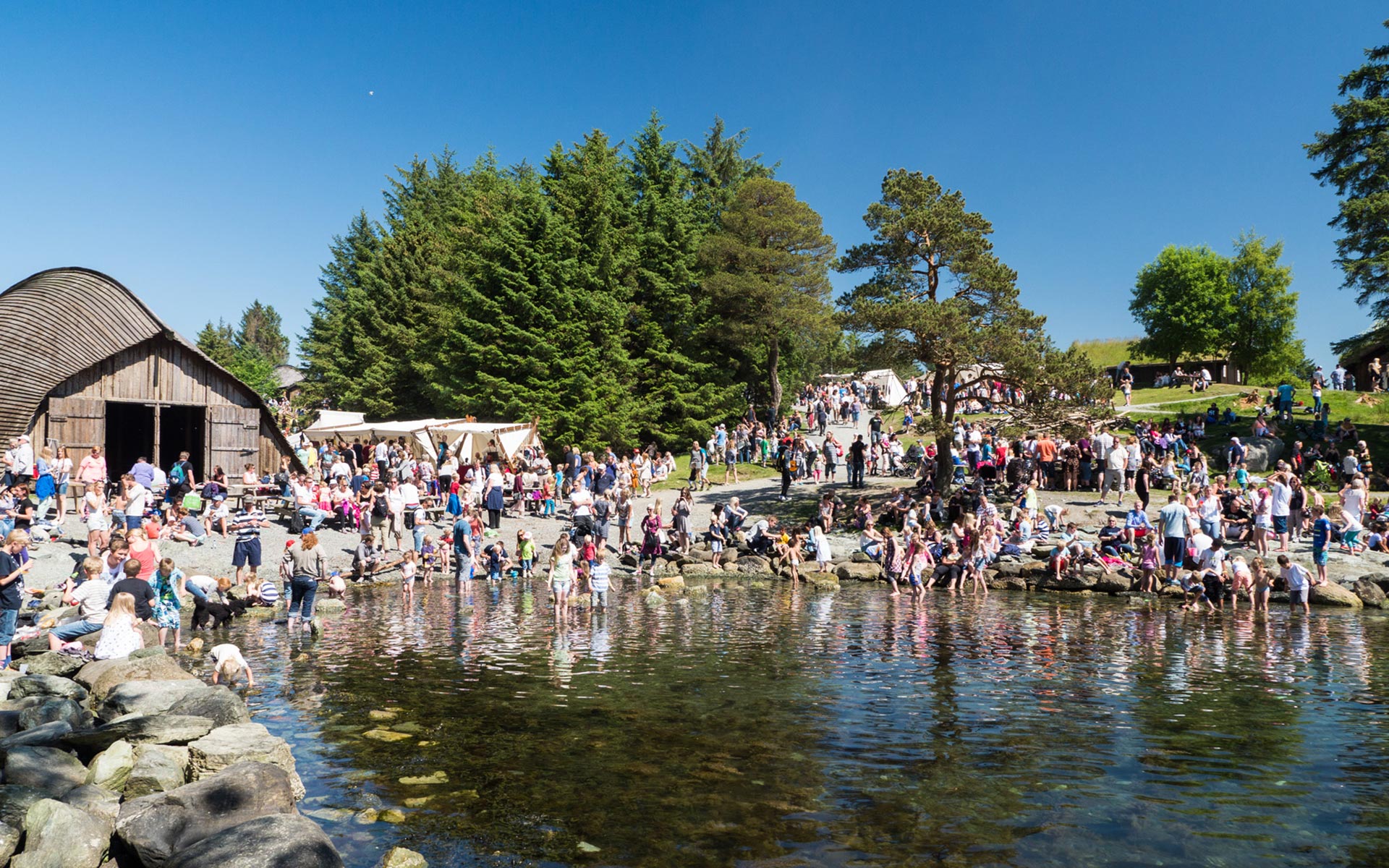 For several years the largest Viking festival in western Norway has been arranged at the Viking farm at Avaldsnes. This year the festival is an integrated part of the Unification anniversary Hafrsfjord-Nordvegen.

Students from Haugesund kulturskole (Haugesund Cultural School) will show their skills in the park, inspired by cultural heritage and traditions that goes way, way back.
The LARP-group «Tidsreiser» («Time travels») will challenge challenge kids to sword fights. It will not be a matter of life and death, but you must fight until you get the answer you need for the rebus of the Unification anniversary!

Haugesund Billedgalleri, part of Haugalandsmuseet, is offering fun and educational experiences of viking art and body art both inside and outside of the gallery. There will be, among other things, demonstration of the painful and slow tattooing method the Vikings used!! A local tattoo parlour is moving into the art gallery. 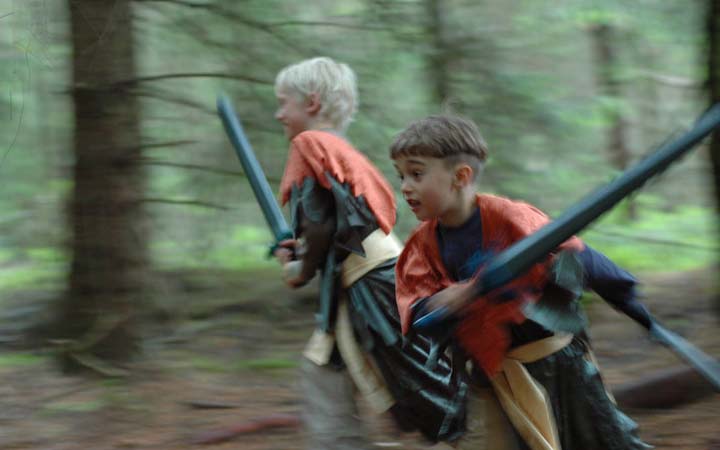 Happy children during an earlier event with the LARP group «Tidsreiser».

In and by Skåre church

There will be staged a scene from the play «Hårfagre» («Fairhair») by Erling Gjelsvik, directed by Torfinn Nag. You get to meet Harald and Gyda, and several other characters from the saga of the first king of Norway, brought to life by experienced actors in the park by Skåre church.

Inside the church the professional choir Valen vokalensemble will perform extracts from the Lay of Harald in their own special way and in the original language of the vikings. 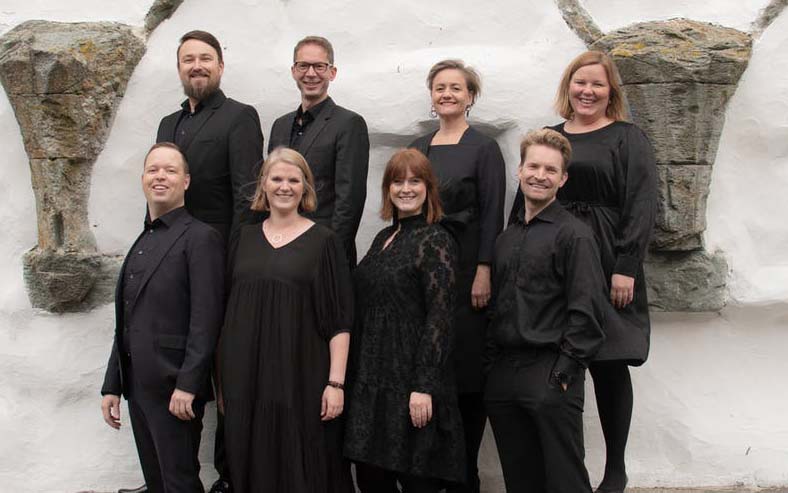 Valen vokalensemble consists of 8 professional singers. At the Unification anniversary they will be improvising upon the norse text of the Lay of Harald.

The coastal path between Skillebekkgata and Harald’s Mound

Join in on carving a text on a standing stone!
The Archaeological Museum will guide those who wish to join in on carving the winning text from a competition that will be arranged together wit Haugesunds Avis, the local newspaper, in April and May 2022. The 100-character long text is going to be carved into a standing stone, and the competition concerns, of course, what the tex ton the stone should be. Children will be able to make their own rune patches in hide, and w eget to study objects from the Viking period found at Hafrsfjord.

Boatbuilding and splitting logs
The viking ships were fundamental to the unification of Norway, and the technique of constructing them is called clinker building. In December 2021 this Nordic technique was listed on UNESCO’s list for Intangible Cultural Heritage. Boatbuilders from Engøyholmen kystkultursenter (coastal culture centre) will be present to show the building of a «færing», a small rowing boat. You can join in on splitting logs and clinking rivets! The 6.5 m long færing will be based on the smaller boat found within the famous Gokstad viking ship, which is today exhibited in the Viking Ship Museum in Oslo. The Gokstad færing was originally built somewhere here in south-western Norway, while the copy being made during the Unification anniversary will be up for sale.

Gyda is one of the boats that will carry you safely between the Viking farm at Avaldsnes and the quay in Haugesund.

Archaeologists from Rogaland County will be present to inform about their work, surveying the county’s cultural heritage.

The ensemble «Klang av Oldtid» («Sound of Ancient Times») will perform a new work by the composer Øyvind Mæland. (PS: only on Saturday. On Sunday they will be at Avaldsnes.)

Turistforeningen (The Norwegian Trekking Association) will create some commotion, and provide something for all ages to ponder upon, on the slopes below Harald’s Mound. 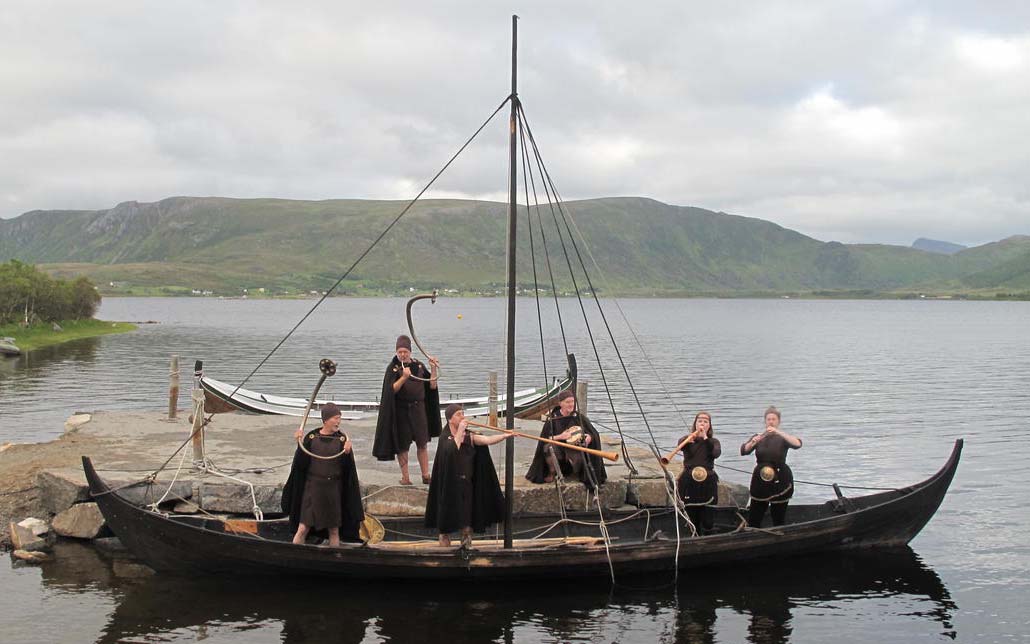 The ensemble «Klang av Oldtid» play on prehistoric instruments along the path by Harald’s Mound.

Dance and Theatre
The professional dance troupe Kompani Haugesund will present a new dance show, with the Viking period and state unification as theme. And the actors in Scenekraft will be offering dramatic scenes from the saga of Harald Fairhair, from norse texts, and from king Harald V’s speech in 2016.

From Harald’s Mound you can take the shuttle bus to Avaldsnes. 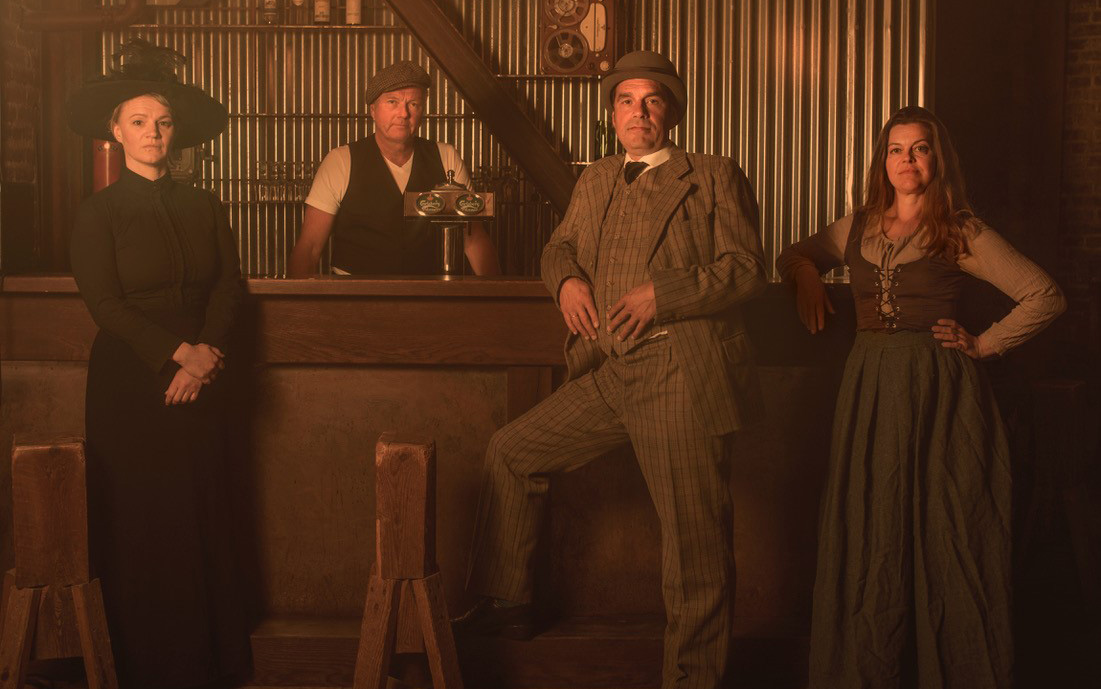 The theatre troupe Scenekraft is famed for dramatising our history and bringing new light upon it with new methods. During the Unification anniversary you will be able to see them at Harald’s Mound.

Dancers from Kompani Haugesund will give us their interpretation of the vikings and Norway’s unification. Photo: Kristian Thorsen Eikeland.